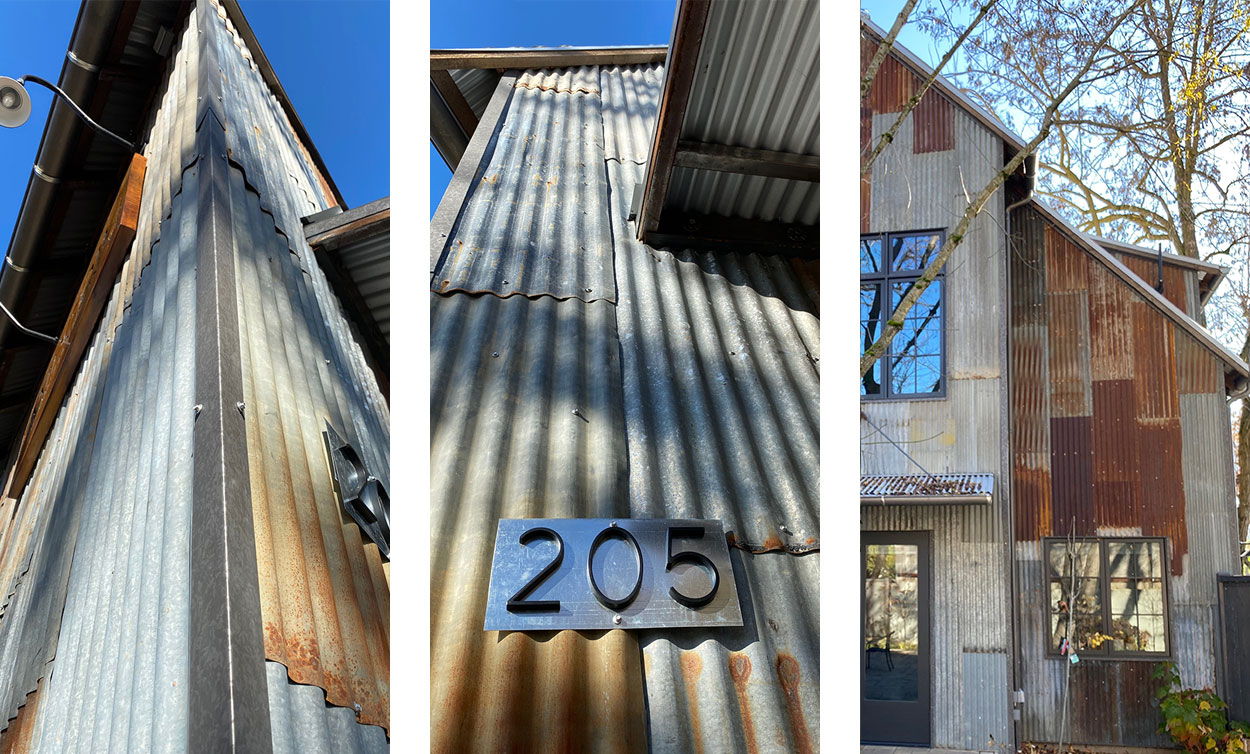 The Tinnery was first opened as a horse stable around 1895 with a large hay storage area in the loft. Rebecca Coffman Architecture bought the building in 2015 when it was leaning precariously and being undermined by a creek beneath the floor. Over the next two years, the building was lifted and given a new foundation, followed by a complete rebuild from the inside out. The charm of the ancient rickety building has always been its century-old stained metal siding and the 56-degree angle of the wall against the street. RC|A was committed to preserving the character of the Tinnery while updating it to include two modern live/work spaces upstairs and two retail/office spaces on the ground floor. Rebecca Coffman Architects has its office in Studio A of the building. The Tinnery now contributes to the beauty and success of York Street and serves as a functional and vibrant building for the community.